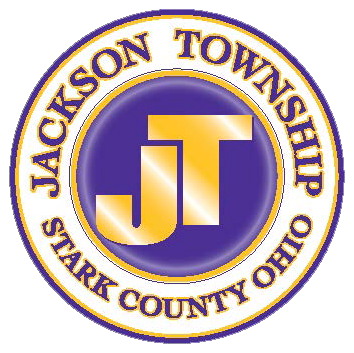 Notice is hereby given that the Board of Trustees of Jackson Township, Stark County, Ohio, by Resolution No. 22-031, adopted the following resolution effective February 24, 2022:

The following is a summary of the regulations:

Added notice that North Park has an additional set of rules and regulations.

Be courteous to others and enjoy yourself, Skaters 11 years old and younger must be under the DIRECT SUPERVISION of a parent, guardian, or responsible adult at all times while skating. It is recommended that skaters wear protective gear while skating to include, but not limited to, a helmet, elbow and knee pads. These activities can result in injury and are therefore PROHIBITED at the Jackson Township Ice Rink: roughhousing, weaving through other skaters, speed skating, chain skating in excess of 5 people, carrying others while skating, proper footwear is required to be worn on the ice at all times, no double-runner blades on the ice, spiked toe picks shall not be used to start or stop when skating, no food or beverages on the ice, sporting equipment is not allowed on the ice during open skate times, to include cones, bars, sticks, pucks, balls, nets, or any other type of sporting equipment, wearing double earbuds while skating is not allowed (one earbud is allowed), cell phone use of any kind while skating is strictly prohibited, no profanity or inappropriate language allowed, including music played that can be heard by others, Jackson Township is not responsible for personal property, damage, or personal injuries, or lost, broken or stolen items.

JACKSON TOWNSHIP RESERVES THE RIGHT TO REMOVE ANY SKATER AT ANY TIME IF DEEMED UNSAFE TO OTHER SKATERS OR IF A SKATER IS NOT COMPLIANT WITH THE JACKSON TOWNSHIP ICE RINK RULES.

Notice is further given that a complete text of the above resolution of the Jackson Township Board of Trustees may be obtained or inspected at the Office of the Township Fiscal Officer, 5735 Wales Avenue NW, Jackson Township, Ohio from 8:00 a.m. to 4:30 p.m., Monday through Friday.  All other revisions, codifications, recodifications, or rearrangement of resolutions was done pursuant to ORC Chapter 504.

This advertisement is also posted on the state public notice web site (www.publicnoticesohio.com) established under section 125.182 of the Revised Code and on the Jackson Township web site (www.jacksontwp.com).

BY THE ORDER OF THE BOARD OF JACKSON TOWNSHIP TRUSTEES, STARK COUNTY, OHIO

Published in the Massillon Independent on February 1, 2022